Taking anthropology to the public 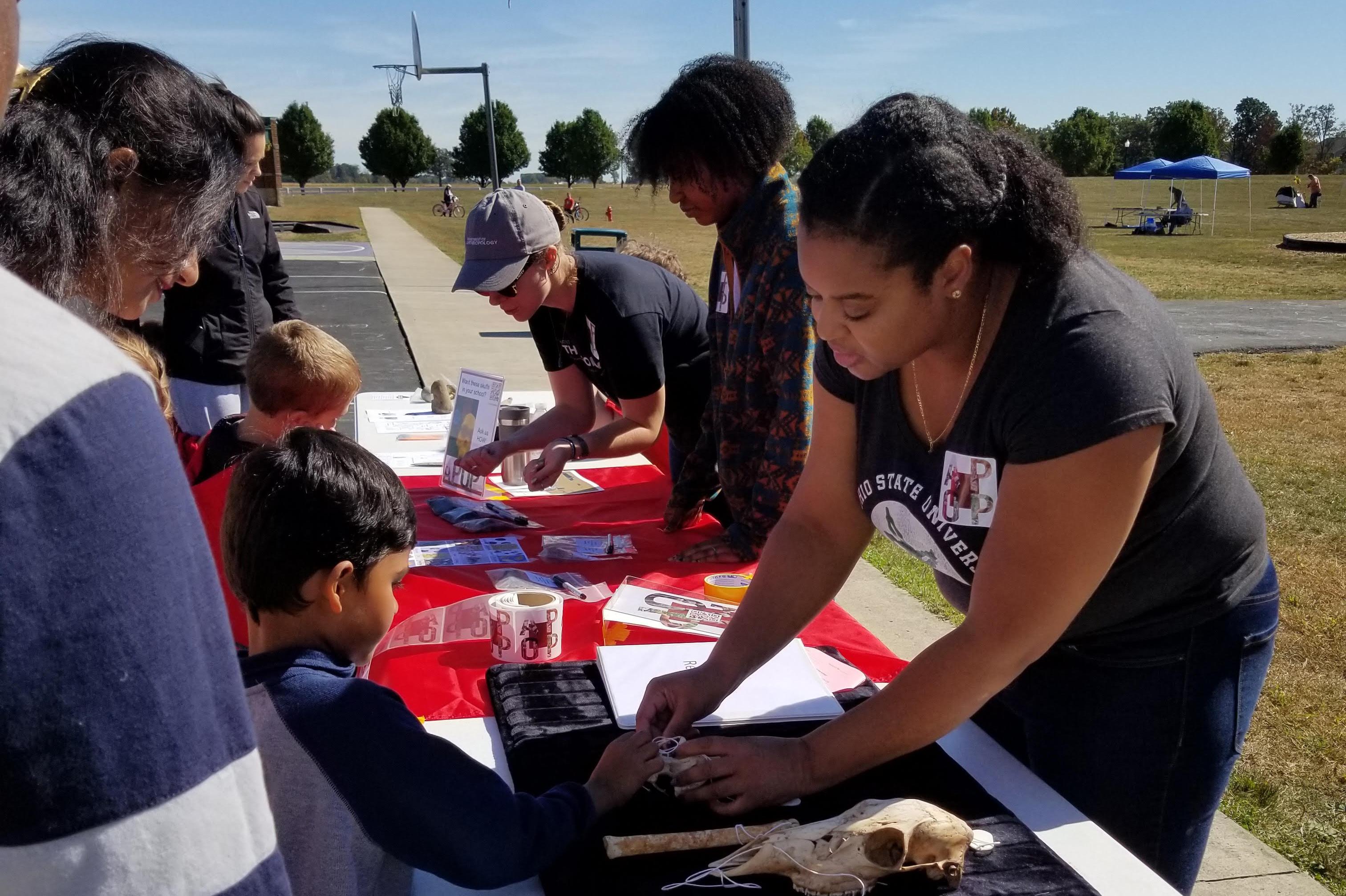 Taking anthropology to the public

After scientific racism propaganda was found on Ohio State's campus in 2016, the Anthropology Public Outreach Program (APOP) was created to help educate the public and the Ohio State community on biological anthropology, human and cultural variation, and connecting the dots between science and humanities.

It is important to look at how the concrete science of biology and the cultural pieces of a person's environment work together. There is a bigger picture that includes how the societal parts impact the human body.

"We take a biocultural approach, which combines the biology of the person as well as their environment that they're surrounded by, so we know that no one is living in a vacuum or a void," says Malorie Albee, Columbus City Schools Outreach Team Leader. "They're being impacted by their environments. It could be the climate that you're in, the stressors, or discrimination that you experience."

There is no genetic difference between the socially constructed races. "However, the discrimination that results because of racism in society, marginalization, and lack of access to resources those have actual biological consequences. If you're just looking at the proximate causes, you miss the greater societal impact of those kinds of things," explains Alex Tuggle, APOP at COSI Team Leader.

To educate and spread awareness on this topic, APOP puts on many hands-on programs, with their most long-standing program being COSI Carts. Not only does this program impact the Department of Anthropology, but it also reaches further on the Ohio State campus as well as the general Columbus community.

One Saturday a month at COSI and most COSI After Dark events, 30-40 Ohio State undergraduate students develop both outreach and teaching skills by presenting the carts, covering different topics such as exploring the evolution of the human skull in "Who's That Ancestor" and exploring social identity through cranial deformation, relating to intentional body modifications, in "How We Belong." These students also develop the topic ideas, keeping them new and fresh, while graduate students learn how to mentor the undergraduates through outreach activities. These activities have the potential to reach thousands of community members varying across all demographics, expanding APOP's message even further.

APOP's programs focus on inclusivity and educating as many people as they can. From faculty to Ohio State students to younger children, APOP has a positive impact on the Columbus community by encouraging learning and curiosity.

Partnering with COSI or local libraries allows APOP's mission to reach those who may not have had any formal university training. Partnerships with Girl Scouts, Science Olympiad, Ohio State's Office of Diversity and Inclusion, as well as its Department of Art, where students help print the 3D skulls for "Who's That Ancestor," all help APOP execute their fun, interactive, educational activities.

Albee and Tuggle want to encourage anyone who is interested to volunteer or attend the events. There is so much knowledge to gain about the world and human existence. Albee wants you to think, "What things were we not exposed to until college?" and go explore that. Human variation and the interaction between biology and culture tends to be one of those topics not discussed until later in life. APOP wants to encourage discussions and education on this topic amongst all demographics in order to create more inclusivity in communities.