Getting WISE to fight ageism 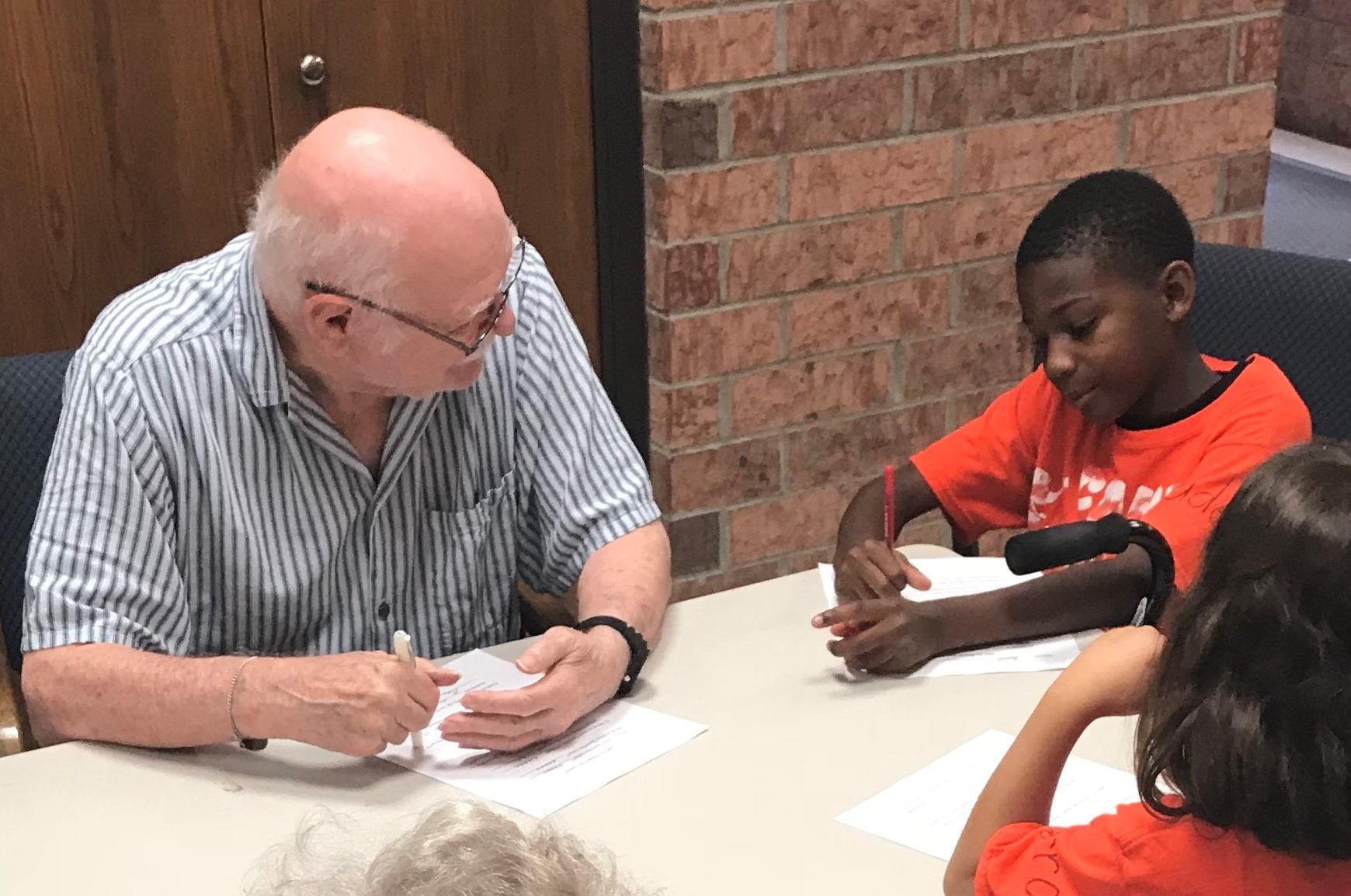 An older adult and child participate in the Get WISE program

Getting WISE to fight ageism

Because of negative connotations that come with aging and unfavorable perceptions of older people, ageism has become a problem in America. This is something Get WISE (Wellness through Intergenerational Social Engagement) wants to change. The program is an intergenerational project that builds relationships between young children and older adults. Ohio State connects with Worthington Christian Village to make this possible.

"For the kids, we want to lessen these ageist ideas or these negative connotations of aging and realize that you can have a variety of older adults in your life, and they may look different," said Jessica Krok-Schoen, assistant professor of Health Sciences in the School of Health and Rehabilitation Sciences and the aging minor advisor at Ohio State. "Some might be in a wheelchair, some might be hard of hearing, some of them may be kind of grouchy or some might be really engaged with you, but yet there's variety there and you can understand how aging is different for everybody and then it's not as scary."

The program initially started in 2018 with a service-learning course that focuses on teamwork and health promotion led by Jill Clutter, associate professor of Health Sciences in the School of Health and Rehabilitation Sciences. During the first semester, four students were interested in studying aging. They connected with Lauren Feyh, director of activities at Worthington Christian Village (WCV), a faith-based retirement home, to develop this program that would help expose kids to older adults in order to negate stereotypes from a young age. Ohio State students volunteer at WCV and can also intern for Feyh.

With Feyh's partnership, the program soon took off. It has since expanded into a 10-week summer program, where kids aged three to nine are bussed to WCV and participate in activities revolving around themes such as arts and crafts, music, or food. Regardless of the residents' different levels of physical and cognitive abilities, many friendships develop between the kids and them. Different cost-effective activities, such as learning about and petting rabbits, a life-sized candy land, balloon volleyball, and Hawaiian luaus entertain the participants in the program.

Get WISE partners with different businesses to provide unique, memorable experiences for the older adults and kids. One of their most exciting collaborations was with the Columbus Blue Jackets, who promoted their Hockey is for Everyone campaign by bringing hockey to WCV. They created a hockey rink in the WCV multipurpose room, gave hockey sticks to the kids and residents, and had two alumni attend and teach them the fundamentals of the game.

Get WISE has also collaborated with Flowerama, who did a presentation on sunflowers and floral arrangements. A more recent partnership that shows how the program continues to grow is with the Columbus Association for the Performing Arts (CAPA), where high school students in the area will be paired with residents from WCV to share and perform their stories. Partnerships such as this one will help keep the program sustainable in the future.

Because Krok-Schoen and Clutter are both researchers, they wanted to scientifically measure the success of the program.

"We developed a survey using validated measures, looking at the health and well-being of the residents to see if it changes pre to post," explained Clutter. "The summer session begins asking them about depressive symptoms, self-rated health and sense of community. We measure that again at the end of the summer."

Krok-Schoen and Feyh have attended two scientific conferences presenting data about this program, and the team has a manuscript under review about it as well.

Measuring the response of kids at such a young age is a little more difficult, so they came up with another way to measure the success. At the beginning of the program, the kids are asked to draw a picture of an older adult. Most kids drew them alone or doing a simple activity such as gardening.

"At post intervention, the pictures were always of an older adult doing something with a child," Krok-Schoen said. "There were more positive displays there like smiling faces, sunshine, hearts. It showed that connectivity."

The Get WISE program was recognized for its achievements by Ohio State with a 2020 Community Engaged Program Award.

See examples of the children's pictures of older adults